Specification by Example and Card-Conversation-Confirmation

Recently I happened to encounter a lack of specificity in a purportedly trivial situation. I was at a restaurant in Longmont, CO and wanted to start in my rather typical way, having tea with honey. Given that it was snowing, seems like a quite natural thing. I ordered "black tea with honey", the waitress asked "why black?", to which I answered that, in some countries, unless you say "black tea" or "black coffee", you will receive it with milk. Also, I noted that, this way, one could distinguish it from green tea, which is an entirely different thing. She smiled and, in a minute, I got my... you guessed it... glass of ice tea (actually with a lot of ice in it) and a little vessel with honey on the side. 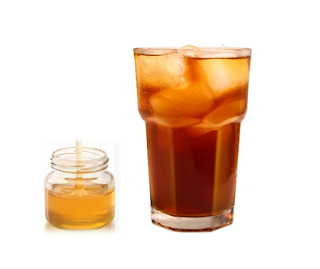 I was speechless, and she disappeared before I recovered. I felt like Eric Cartman with his funny-fuse, when he wasn't able to laugh any more :) Anyways, to make a long story short, I knew what I wanted, and we even had a chat about it. I thought we had even defined everything clearly, but turns out we didn't. Sound familiar?

I think XP folks impacted on the software development industry much more significantly than we may have otherwise thought. In fact, user stories aren't a Scrum invention; this was institutionalized in XP. In particular, Ron Jeffries, defined what we know as the "3C":  Card, Conversation and Confirmation - three important aspects of user stories (actually any stories, not just user ones). The "triad" actually means physical card, on which the story is written – a conversation between those who define and those who implement – to clarify detail and, finally, the acceptance criteria by which it is decided whether a job is done. This is a great conceptualization of what is necessary to keep in mind for teams. Nevertheless, the 3C itself is dependent on how effective a conversation is in terms of identifying detail; otherwise... you may get your ice tea with honey.

A useful technique to make the 3C work efficiently is Specification by Example - a collaborative approach to defining requirements based on concrete examples, instead of abstract statements. The "Second C" in this case gets recurrently supplied by examples, which become a natural way for requirements’ disambiguation for the team and stakeholders. What's important is that the "examples" are goal-driven and thus, the Conversation continues to be meaningful. So, had I said that, to warm up in such cold weather, I would need a cup of good Earl Grey tea with honey, then there likely would never have been such confusion in the first place. By the way, there indeed happens to be waiters and waitresses that have a good facilitation skill for thing like Specification by Example. But these are as rare as good facilitators among people in the software domain. Nevertheless, here's a set of simple recommendations that I give during ATDD coaching: 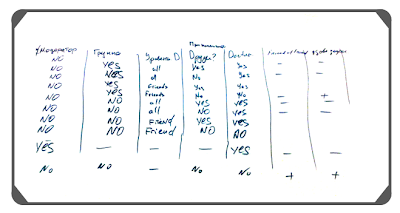 It is amazing how much a team can achieve when they know what they are building. User stories, as "containers" of value, in conjunction with concrete examples, represent an extremely powerful tool that makes a team extremely productive in delivering business value incrementally.